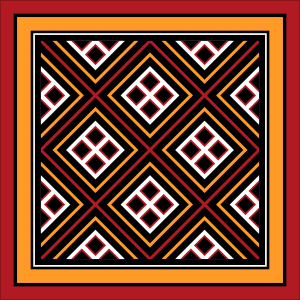 I’ve understood Aspies are good at seeing patterns (from a discussion group on the diagnosis criteria at Asperger center in Stockholm, among other sources).

The thing is I might be too good at it, or seeing the wrong patterns.

As a programmer I am greatly helped by being able to look at program code and see if it’s wrong somehow (a bit like a “biological code compilation” ;o), although it has also made me allergic to code that has been applied using the “load it into a shotgun and blast it in”-method.

One peculiar fact I’ve noticed with respect to patterns is a tendency (of mine) to see only vowels. I was mixing up the swedish cities “Göteborg” (Gothenburg) and “Örebro” (not sure what that translates to). This was simply because on the vowel level they are “the same”: Ö-e-o.

Lately I’ve been having the same problem with “terapeutisk” (therapeutic) and “pedagogisk” (pedagogic). This case is a bit different though since only the two first vowels are equal.

The mix-up in the first case seems logic. It’s between two swedish cities. In the second case, however, it’s a bit more complex. My first thought was that I, somehow have put therapy and pedagogy in the same category (“Freudianize” that!) but then it got me thinking. What if the mix-up came before the classification? I mean I said to myself, well I mixed them up, so I probably think of them as the same somehow…

Obviously I don’t go around mixing things up this way all the time. The above examples are the only two I am aware of! But if the mix-up can happen across categories… wow imagine getting old and senile… (or not!)

Then again, maybe this happens to “loosely coupled” words/subjects. I live in Stockholm, some 600 km from Gothenburg and about half that distance from Örebro. Since I live far from both and have only stopped at Örebro train central on my way past it, I guess they have little importance to me, so I mix them up.